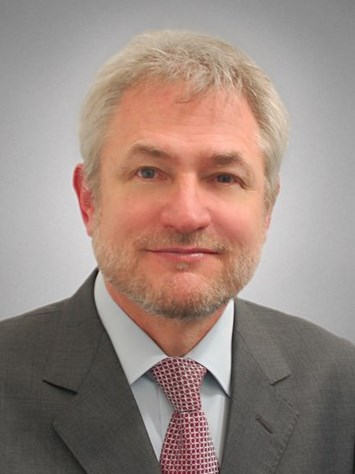 Richard Katzman is Managing Director for HVS Mexico City, which was established in 2007. He has been active in Mexico and other Latin America countries since 1992. During this period, Richard formed Grupo Inmobiliario Inova, a real estate advisory boutique that merged in 2001 with Insignia/ESG, then among the most prominent real estate service companies in the world. In 2003, following the merger between Insignia/ESG and CB Richard Ellis, Richard elected to reestablish an independent platform prior to joining HVS in 2007.

During his real estate advisory career in Mexico, Richard has offered support to corporations, financial institutions, and private groups in the analysis and execution of a broad range of matters.

Richard’s previous professional experience included positions with Laventhol & Horwath (now Horwath Consulting), where he prepared hotel feasibility studies for projects in the United States, Latin America and the Caribbean, and with Fischer-Macleod Associates, a New York based developer of regional shopping centers. Subsequently, Richard joined The Yarmouth Group (now Morgan Stanley), where he executed a total of US$650 million in acquisitions of office buildings, regional shopping centers, and hotels and managed real estate portfolios on behalf of US and Japanese institutional clients. As a Senior Vice President of Yarmouth, Richard was responsible for establishing the firm’s presence in continental Europe, opening an office in Paris and overseeing investment and asset management assignments in Germany, Spain, and the United Kingdom.

Richard, his wife, and their three children lead a multi-cultural life, speaking three languages at home and spending part of each summer in France. A long-time soccer fanatic, he currently gets exercise playing tennis. Richard has served on the Board of Trustees of The American School Foundation, A.C. This 120-year-old non-profit, independent school has an enrollment of 2,450 and is reputed to be among Mexico’s finest.

The COVID-19 pandemic and resulting restrictions on domestic and international travel, economic activity, and individual movement are having an unprecedented impact on the lodging and tourism industry in Latin America. While government authorities across the region work to manage restrictions and phased reopening plans, uncertainty prevails over the duration of the global pandemic.

Mexico City is one of the most densely populated and developed urban areas in the world. How will rising foreign direct investment amplify the dynamics of the city’s office and lodging markets in the wake of the recent recession?