The Washington, D.C. metropolitan area hotels have been more affected by the COVID-19 pandemic than many other major markets across the United States. Will recent disruptors derail a market typically regarded as well insulated and historically poised for growth? What will the recovery look like?

The Washington, D.C. lodging market has historically been one of the most stable of the major U.S. markets given its status as the hub of national political affairs and the center of governmental action and policy, while also playing a major role in international affairs. Aside from the government-related activity, numerous industries and institutions have contributed to and supported the region, including finance, education, healthcare, and scientific research. While typically insulated from recessions and tourism declines, Washington, D.C. was not spared amid the ongoing worldwide pandemic in 2020.
Washington, D.C. 2021–2023 Forecast

Major factors contributing to the market’s performance and our forecast are summarized as follows: 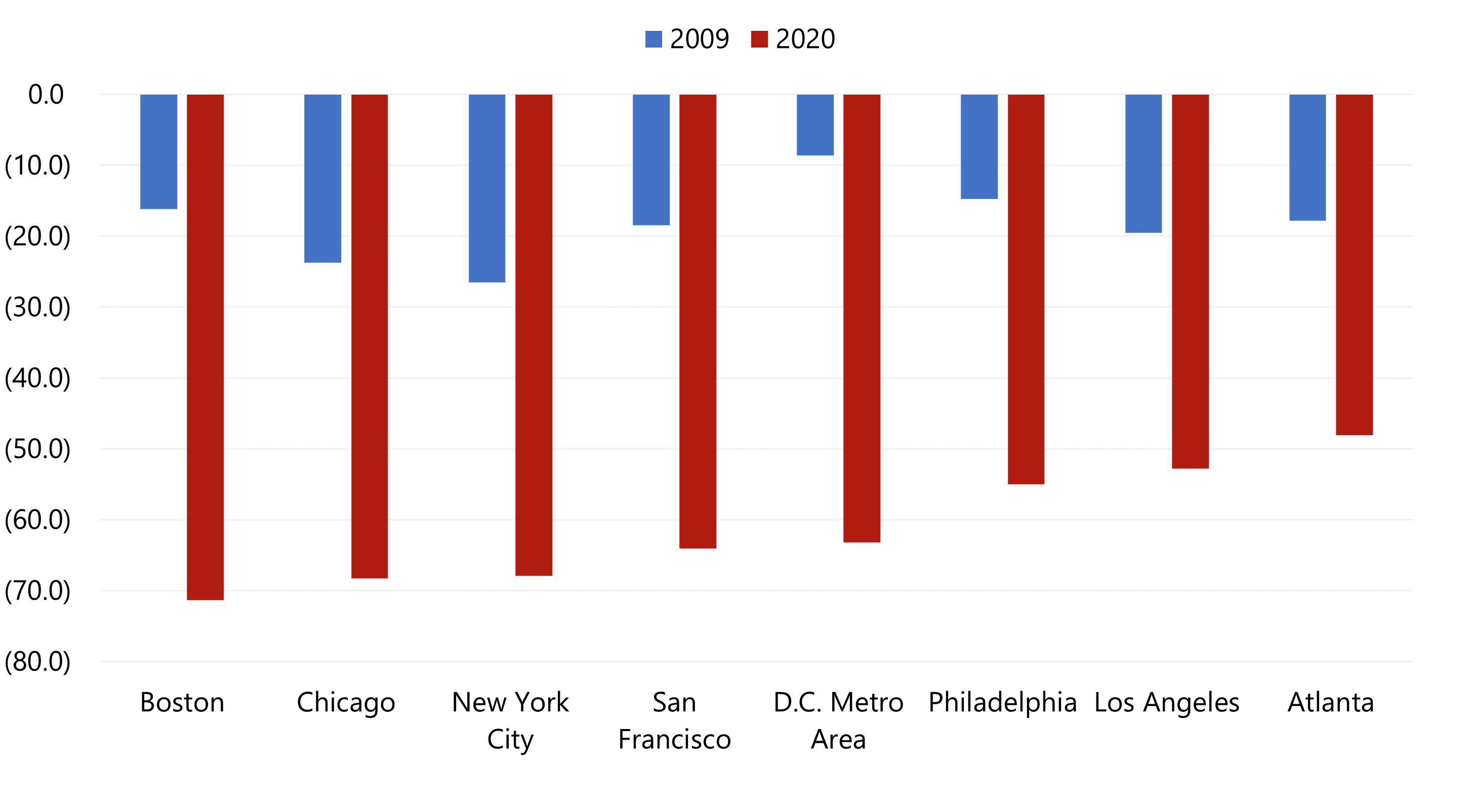 Source: STR
The effects of recent protests and periods of civil unrest, such as the Black Lives Matter protests in 2020, the pro-Trump protests, and the Capitol riot in early 2021, on future demand trends remain uncertain at this time; however, our experience suggests that investors will continue to perceive Washington, D.C. hotels as an attractive long-term investment. Despite the impact of the COVID-19 pandemic, the unique role that Washington, D.C. plays as the seat of national government, the growing private sector, the rollout of the vaccine, and the expected resurgence of convention and meeting business, as well as a rebound in corporate, leisure, and government travel, position this market well for a recovery.

Chelsey Leffet is Managing Director and head of the Northeast region of the U.S. for the Consulting & Valuation division. Chelsey has consulted on hundreds of hotels throughout the Mid-Atlantic, including major Beltway markets. Prior to joining HVS, Chelsey worked in guest services, operations, and restaurant roles at ARAMARK Higher Education; Lighthouse Resort Services in Corolla, North Carolina; the Columbus Inn in Wilmington, Delaware; and the Bellmoor Inn and Spa in Rehoboth Beach, Delaware. Chelsey earned her BS in Hospitality Management and her MBA from East Carolina University. Chelsey resides in Washington, D.C and is a certified general appraiser. Contact Chelsey at (202) 434-8793, or [email protected].

The Washington, D.C. metropolitan area hotels have been more affected by the COVID-19 pandemic than many other major markets across the United States. Will recent disruptors derail a market typically regarded as well insulated and historically poised for growth? What will the recovery look like? %%ViewCount%% Views Comments
Share:
Subscribe To Newsletter