Hidden Gem of the Northeast 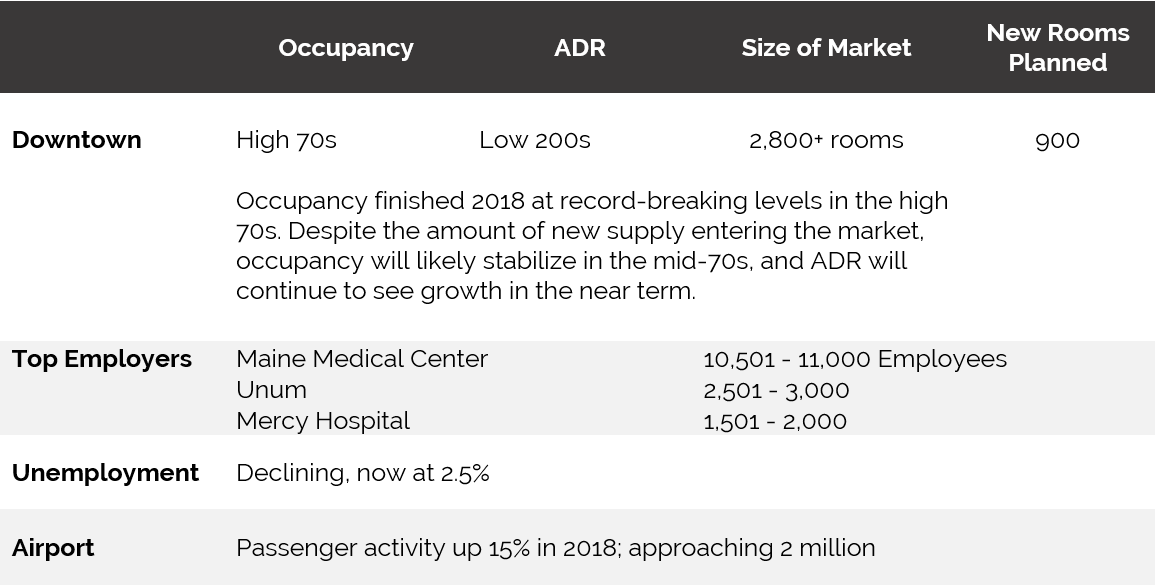 A notable hotel opening in 2018 was the 178-room AC Hotel by Marriott in the northeast edge of the Old Port neighborhood. The opening of this hotel led to a nearly 12% increase in room supply among upscale, upper-upscale, and luxury properties in the market. Despite this increase in supply, these product classes still finished the year at record occupancy, average daily rate, and RevPAR levels.

Despite the limited impact of the AC Hotel by Marriott on market key performance indicators, new supply will become a growing threat in this market. Over the next three years, Downtown Portland’s hotel room supply will increase over 30%. Upcoming supply in this market will include both branded and boutique hotels, such as Cambria, Aloft, West Elm, and Marriott Tribute Portfolio.

To maintain this staggering amount of growth and development, the City of Portland recently introduced impact fees on January 1, 2019, to fund infrastructure improvements and other municipal services. While these impact fees apply to any new development or expansion from residential to industrial developments, the new fees will add a cost of over $3,000 per key to development and permitting costs for hotels. While this may taper some future new supply development in the Downtown Portland market, the revenue from these impact fees will allow the City to fund necessary upgrades to handle the over eight million visitors  annually.

Portland will likely experience another record-breaking year in 2019, especially after being named Bon Appétit Magazine’s Restaurant City of the Year; however, new supply will remain a threat to this market after 2019. Aside from Portland’s tourism industry, driven by the market’s numerous hotels, local breweries, restaurants, and cruise-ship port, entities such as Maine Medical Center, Unum, and Mercy Hospital, among other smaller medical centers, will continue to support Portland’s vital healthcare sector. 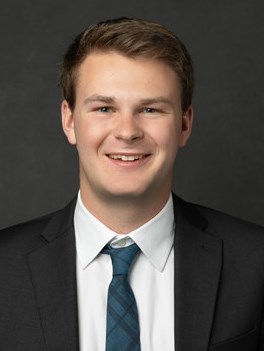 As a Project Manager with HVS Boston, Roth Johnson conducts appraisals and feasibility studies for limited-service and full-service hotels throughout the Northeast. Before joining HVS Boston, Roth worked as a front desk associate for Marriott and as an asset management intern with Canon Hospitality Management, a Mid-Atlantic-based property management company. Roth graduated from the University of Delaware’s Alfred Lerner College of Business and Economics with a focus in Hospitality Industry Management and Information Systems. For more information contact Roth at +1 (302) 740-0271 or [email protected].