The COVID-19 pandemic delivered a substantial blow to Detroit. However, the city had one of the lowest RevPAR declines in 2020 among the top 25 markets, with only four leisure-oriented markets performing better. Is this a sign of Detroit’s famous resiliency, or was it merely the fact that Metro Detroit had less to lose? 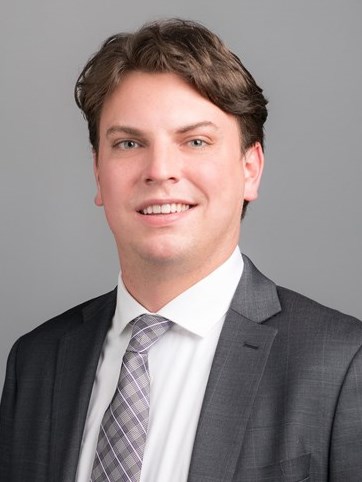 Commercial demand was severely impacted, with virtually all major corporate travel eliminated in 2020. While most companies reopened in the summer of 2020, major employers such as Ford, GM, and Stellantis (formerly Fiat Chrysler Automobiles) permitted employees to work remotely and imposed restrictions on non-essential travel. Furthermore, Detroit shares two international border crossings with Canada, which have been closed to non-essential travel since March 2020, cutting off a large amount of commercial and leisure travel to the city.

In April 2020, Detroit’s TCF Center (formerly COBO Center) was designated by Governor Gretchen Whitmer, the State of Michigan, and the Federal Emergency Management Agency (FEMA) as a temporary alternate-care facility. Since that time, the TCF Center has housed COVID-19 patients and hosted vaccine administration. Along with all events scheduled to take place at the TCF Center in 2020 and early 2021, many major events in Metro Detroit were either canceled or postponed, including the North American International Auto Show, Movement Electronic Music Festival, Mo Pop Festival, the Woodward Dream Cruise, and Detroit Jazz Fest.

Before the pandemic, RevPAR levels increased year-over-year from 2009 through 2018, followed by a slight decline in 2019, primarily due to a substantial increase in new supply, which equated to over 20 new hotels and 2,300 rooms. In 2020, occupancy levels fell on par with the national average, although the 20% decrease in ADR was significantly better than the 28% decline averaged by the top 25 markets. Detroit’s RevPAR decline in 2020 was the fifth least severe among the top 25 U.S. markets and lower than both the top 25 and U.S. averages. The four markets that outperformed Detroit are leisure-oriented; additionally, three of the four markets had limited COVID-19-related restrictions. However, the primary reason for the relative success of Detroit in 2020 was this market’s underperformance in recent years relative to the other top 25 markets. Furthermore, a higher percentage of visitors continued traveling to Detroit in 2020 compared to the other top 25 markets, which lessened the effects of the pandemic.
Metro Detroit 2021–2023 Forecast

The early spring months of 2021 remained a challenge, as group demand was still suppressed and corporate travel was restricted. Furthermore, corporate and transient travel generally declines in Detroit during the winter, and the first quarter of 2021 was no exception. However, occupancy levels for the last week of April 2021 were more than double the levels achieved in 2020. Additionally, as of May 1, 2021, Michigan’s adult population with vaccinations crossed the 55% threshold. This marked the first step in allowing non-essential office workers to return to the workplace, which officially occurred on May 24, 2021.

Stronger occupancy and average rates are expected for the summer of 2021, relative to 2020, as the nation is anticipated to emerge from more pandemic restrictions and the vaccine distribution continues. In 2021, we expect summer occupancy to reach the mid-to-low 60% range. In a normal year, Detroit experiences occupancies in the mid-70s; these levels are expected to be reached by 2023. The highly anticipated return of the North American International Auto Show is expected to take place in the fall of 2022. Formerly held in January, and canceled in 2020 and 2021, the three-week event is expected to generate substantial demand and allow hotel operators to charge a premium ADR in the fall months going forward. Along with the return of Detroit’s major events in 2022, the Detroit Metro Convention & Visitors Bureau has announced the signing of four or five new major conventions or conferences in 2022, which are expected to draw thousands of visitors to the area.

Continued development in Detroit illustrates the resiliency the city is known for, as construction of multiple large-scale projects continued despite the pandemic. The largest development underway is the $909-million Hudson's Site. When completed in 2024, the 680-foot tower is expected to house residential units, office space, retail outlets, and a hotel. Furthermore, Detroit’s automotive industry continues to reinvest back into the city. In late 2020, Stellantis opened its new assembly plant in Detroit, which was part of a $2.5-billion investment along with the adjacent Detroit assembly complex. Additionally, Ford is continuing construction of its innovation hub in the historic neighborhood of Corktown. The new campus will serve as the company’s focal point in its effort to create the next generation of electric and autonomous vehicles. Finally, work on the $5.3-billion Gordie Howe International Bridge continued throughout 2020, with traffic anticipated to flow through the new international port by the end of 2024.

Hotel development has also continued in Downtown Detroit and the surrounding suburbs. Recently opened smaller boutique hotels have included the Foundation Hotel, the Siren Hotel, and the Shinola Hotel, which is the newest property. A Cambria Hotel and an SBE Originals Hotel are under construction in the downtown market, and multiple projects are still in the early phases of construction, including a boutique hotel in Corktown. Additionally, the surrounding suburbs are expected to add new hotels in 2021 and 2022. The highly anticipated Daxton hotel in Birmingham recently opened and will compete directly with the established Townsend Hotel. A number of other hotels have been proposed for development in Metro areas such as Troy, Warren, Sterling Heights, and Northville; however, they are not actively under construction, or they were delayed due to the economic impact of the pandemic on the hospitality industry.

Given the continued investment of the region’s major employers in Downtown Detroit, the city is well positioned for long-term economic strength and stability. We anticipate that demand will rebound following the widespread distribution of the vaccine, removal of gathering restrictions, resumption of corporate and international travel, and reopening of major leisure attractions. We continue to watch the factors affecting the Detroit hotel industry, and our many consulting engagements throughout the greater Detroit area allow us to keep our finger on the pulse of the region.

For more information, contact Brandon Leversee with our Detroit team.

Brandon Leversee is a Vice President with HVS, based in Detroit. He embarked on his hospitality career by working a rotational position at the Kellogg Center Hotel & Conference Center; before graduating from college, he was already working with brokers, preparing investment offerings, and appraising hotels. Brandon has since worked on assignments for hotels in markets across the Midwest, including full-service hotels in and around Detroit. Brandon earned a BA from the School of Hospitality Business at Michigan State University (MSU), where he specialized in Hospitality Real Estate Development. Contact Brandon at (269) 303-5551 or [email protected].

The COVID-19 pandemic delivered a substantial blow to Detroit. However, the city had one of the lowest RevPAR declines in 2020 among the top 25 markets, with only four leisure-oriented markets performing better. Is this a sign of Detroit’s famous resiliency, or was it merely the fact that Metro Detroit had less to lose? %%ViewCount%% Views Comments
Share:
Subscribe To Newsletter