Autism and the Hospitality Industry: An Interview with Autism Double-Checked

As we observe World Autism Awareness Day, we want to highlight what our industry can do to help support individuals with autism. To better understand the diversity challenges, growing diversity programs, and opportunities to be more inclusive within the hospitality industry, we interviewed the founders of Autism Double-Checked, an organization that provides autism-specific training to hotel staff to create more autism-friendly travel experiences. 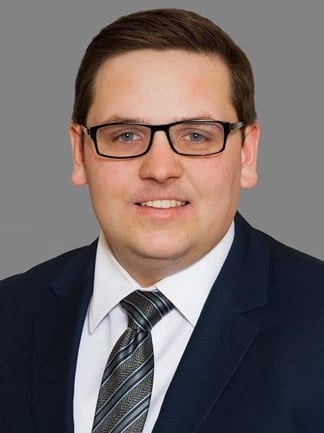 World Autism Awareness Day is an internationally recognized day held on April 2 that promotes societal awareness of individuals living with autism and autism spectrum disorders (ASD), including Asperger syndrome. It was first proposed by the United Nations’ Qatar representative, Sheikha Mozah bint Nasser Al-Missned, and was supported by all member states, officially passing on November 1, 2007, and adopted on December 18, 2007. Although World Autism Awareness Day takes place on April 2, autism awareness organizations work throughout the month of April and beyond to educate the public on ASD with material on interacting with, encouraging, and supporting those living with autism disorders. More information on autism and ways to get involved are available through the Autistic Self Advocacy Network (ASAN). 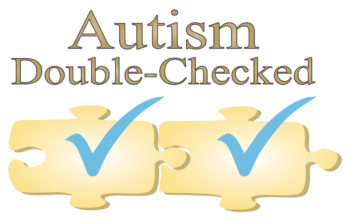 Within the hospitality industry, there are only a handful of organizations working specifically to support and provide autism-friendly vacations. One such organization is Autism Double-Checked (ADC), which provides autism-specific training to hotel staff to create more autism-friendly travel experiences. To better understand the diversity challenges, growing diversity programs, and opportunities to be more inclusive within the hospitality industry, we interviewed the founders of ADC, Alan Day and David M. Tait, OBE.

HVS:       Let us start with a fundamental question. Do you consider autism inclusion as an exercise in corporate social responsibility (CSR), or is it more a case of smart marketing to an unserved market?

ADC:       It is actually a bit of both, plus a bonus benefit. Start with CSR. In today’s world, is there really anybody who doesn’t appreciate the upsides of greater diversity and inclusion? Improving accessibility for autistic children and adults is, quite simply, the right thing to do. As for the market opportunity with the autism community, as you correctly observe, the industry has never appreciated the size of this group, so it does little or nothing to attract it. It really is a wide-open opportunity. The bonus is that it’s something the employee group feels really good about, too.

ADC:       In the U.S., including the families of autistic children, this is a market of over 20 million people. Very few people are currently traveling but, even in normal times, this audience isn’t addressed. When they do travel, their general preference is for quieter, low-season days and times. And if they like the service they get, they are also more likely than most audiences to become repeat customers.

ADC:       Actually, that is probably a low estimate. According to the CDC, autism impacts 1 in 54 children in the U.S., and that ratio is very similar in other countries with accurate tracking. While nobody has measured the exact size of the total audience, simple math gets you to well over 20 million when accounting for children, siblings, and parents.

ADC:       Yes. There is currently a lot of pent-up desire for travel and hotel rooms, but very little of this demand actually materializes because families in the autism community don’t have any confidence in the hotel sector’s understanding of their special needs. A recent survey of parents of autistic children asked, “Do you currently take family vacations?” and 87% [of respondents] said “No.” When asked if they would travel more if autism-friendly facilities were more available, 93% replied “Yes.” When asked for the most important things that a property or resort could do to give them more confidence in visiting, 95% rated having staff trained in autism awareness as either important (24%) or very important (71%).

HVS:       I wanted to circle back to the comment you made about this population’s preference for slower times of the year. I am sure that is interesting to many hotel operators. Why is this demand more concentrated during times when hotels are typically slower?

ADC:       Multiple factors, really. For a start, bigger high-season crowds make for longer lines and more waiting. Since many with autism struggle to understand timelines, waiting for just about anything can be somewhere between difficult and impossible. Also, bigger crowds mean more sensory stimuli: visual, auditory, etc. This can be overwhelming for some. Can I also add that, while school calendars obviously limit the flexibility of many families, even in peak season, they tend to seek out less crowded days of the week at hotels and attractions.

HVS:       You also mentioned that this type of guest is a better prospect for repeat business. Can you tell us a little more about that?

ADC:       One of the defining characteristics of autism is a tendency towards repetitive behavior. If a child on the spectrum is familiar and comfortable with a destination, it can make the experience more enjoyable, and trip-planning for the whole family easier. Parents of children with autism are much more likely to stick with things that have worked in the past.

HVS:       Let’s discuss the return on investment (ROI). In the current circumstances where everyone’s resources are stretched thin, what would you say to an owner or operator who is worried about the increased training costs?

ADC:       Believe me, we feel everybody’s pain. We’ve both spent our entire careers in travel and completely understand. Even though our training is inexpensive in the first place, we will work with any property to stagger the rollout and be flexible on terms. In other words, we’ll do whatever it takes to make the whole thing viable.

HVS:       That helps with keeping the investment affordable. How do you help with maximizing the returns?

ADC:       We do a number of things. We notify national and regional autism support organizations. If requested, we can provide assistance including things like search engine optimization (SEO) and social media marketing (SMM). Where appropriate, we will also team up a property’s public relations (PR) agency with ours. We did this recently with Karisma Resorts of Mexico with great pickup. Also, when a property becomes certified, we will directly notify all the national autism support organizations. And for a quick method of proving the ROI potential, we offer a program called Rooms for Autism®.

ADC:       I’m so glad you asked. We initiate and maintain contact between the certified property and local autism support organizations. When the property identifies a particularly soft weekend and can offer a really good group rate, the support organization reaches out to its entire network and promotes that weekend as an opportunity for families to “practice” staying at a hotel. The fact is that many of these kids have simply never been in a hotel room before.

HVS:       You spoke earlier about employee reaction. Can you give us a little more detail about that?

ADC:       Certainly. At the end of each course, we survey the participants, and our average Net Promoter Score (NPS) is a remarkable +78.4. To put that in context, anything above +25 is considered good, while +40 is considered excellent. Anecdotally, during a round of cabin-crew recruitment (obviously we’re talking pre-pandemic), the Director of In-flight Services of a Canadian airline we had certified told us that she had been, and I quote, “surprised and delighted to have several applicants tell me that hearing about our autism involvement had influenced their decision to apply for a job here.” I think that kind of says it all.

HVS:       So, what steps can an owner or operator take right now that can make a difference?

ADC:       They can start by making a plan for autism inclusion. That can mean simply opting to have some managers/supervisors take the most basic course or taking a bigger step by enrolling staff for the full training. After which, we can help them set up their first Rooms for Autism® program. In the meantime, as an immediate and practical action, they can examine any waiting times at their property. Anything that reduces or eliminates waiting time will be of immense service to the autism community. And, in a world that seeks instant gratification, it will improve things for every guest. 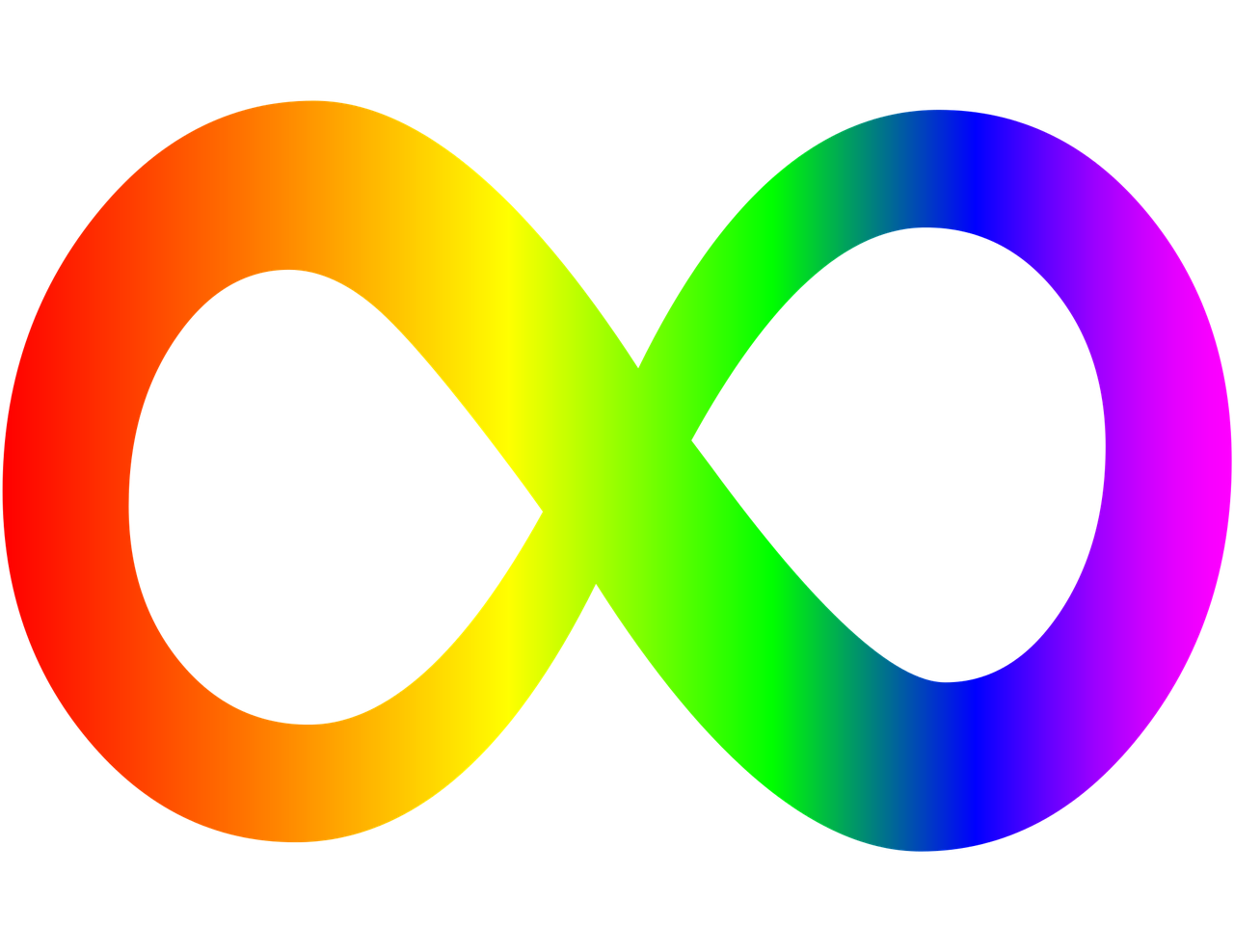 Alan Day is the co-founder of Autism Double-Checked. He is an accomplished travel agent who began his career with Liberty/GoGo in 1999. After moving to Connecticut in 2005, he formed his own travel agency.

Alan's son has autism spectrum disorder. When considering the impact that his son's autism had on their own family vacations, Alan decided to specialize in providing assistance and support for families affected by autism.

Alan also wrote a “Guide to Flying with ASD” and the “Autism Passport,” which is a means of communicating between parents and destination resorts. He also writes a regular blog with tips and suggestions for families traveling with autism, which is posted on the Autism Double-Checked website here.

David M. Tait, OBE, has spent most of his career in commercial aviation, where he worked closely with two of the industry's greatest innovators, Sir Freddie Laker and Sir Richard Branson.

Following his time with Laker Airways, David worked with Richard Branson to craft the business plan for Virgin Atlantic Airways, became the airline's first employee, and then spent two decades as Executive Director and EVP, building the airline from a single aircraft to a critically acclaimed carrier with over $4 billion in annual revenues.

In 2001, at Buckingham Palace, David was awarded an Order of the British Empire (OBE) by Queen Elizabeth II for "Services to British Aviation in the USA."

In addition to his involvement as co-founder of Autism Double-Checked, David is a best-selling author and columnist at Travel Industry Today. He currently serves as Executive Chairman at Flair Airlines, an ultra-low-cost carrier based in Edmonton, Alberta, Canada.

As we observe World Autism Awareness Day, we want to highlight what our industry can do to help support individuals with autism. To better understand the diversity challenges, growing diversity programs, and opportunities to be more inclusive within the hospitality industry, we interviewed the founders of Autism Double-Checked, an organization that provides autism-specific training to hotel staff to create more autism-friendly travel experiences. %%ViewCount%% Views 3 Comments
Share:
Subscribe To Newsletter