Baltimore has come a long way over the last 20 years, developing a tourism infrastructure and experience for leisure and convention visitors that is impressive.

Baltimore has come a long way over the last 20 years, developing a tourism infrastructure and experience for leisure and convention visitors that is impressive. Baltimore’s economy is bustling, with unemployment low and the city balanced by a multitude of employment segments. Johns Hopkins remains an important cornerstone, while the Mercy Medical Center and University of Maryland Medical Center are important anchors downtown. The financial sector is also strong, particularly downtown, with major installations of accounting firms, investment firms, and commercial lending institutions all present. 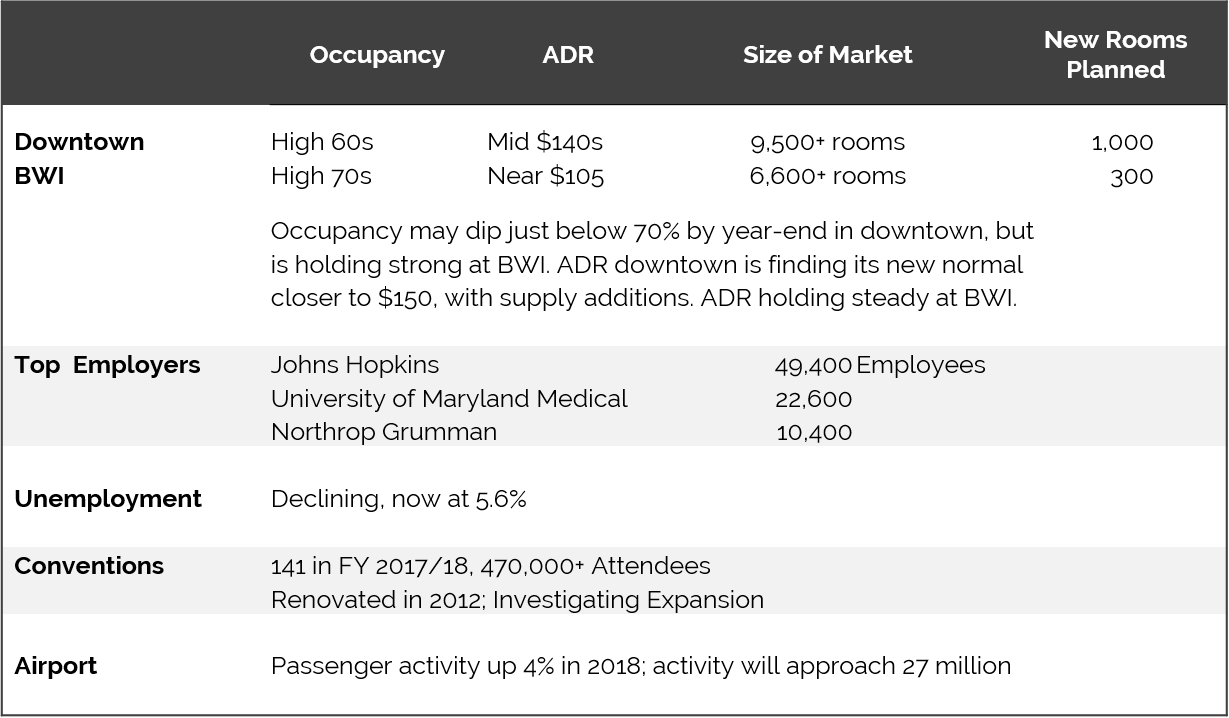 While the hustle and bustle of the city’s popular Waterfront has long since a popular spot for hotel development, newer hotels have opened farther north into the heart of the Central Business District. The Hotel Revival, the Kimpton Hotel Monaco, and The Ivy are all hotel bright spots well north of the waterfront. And the trend of redevelopment of older office buildings into hotels continues, including a new Candlewood Suites that is slated to open in early 2019.

A definite highlight of recent redevelopment projects is the glitzy Sagamore Pendry in Fells Point, a historic district on the east side of downtown. The 128-room Pendry, part of the Montage brand of hotels, opened in March 2017 and reportedly cost more than $60 million to develop. Set within a 103-year-old historic Pier, the property is a great new anchor to this neighborhood, a district replete with quaint restaurants and eclectic shops among historic, cobblestone streets. The Pendry’s developer, Kevin Plank of Under Armour, set his sights on the project from his Under Armour’s worldwide headquarters that sits on the opposite side of the bay from the hotel. 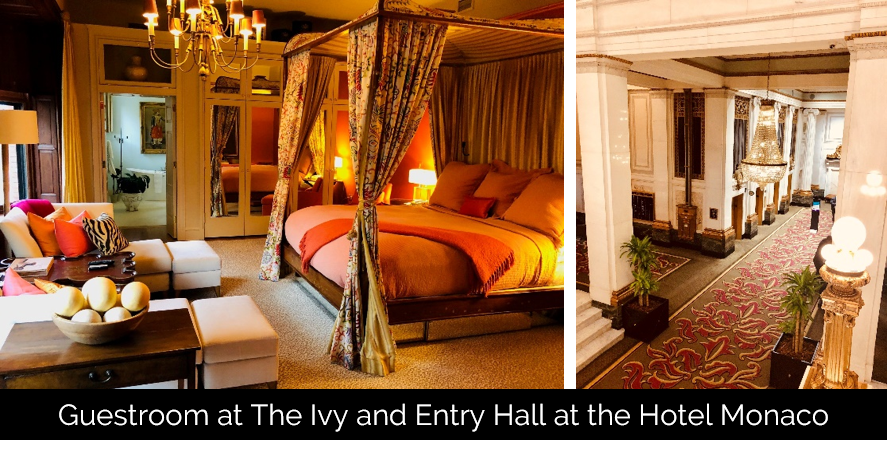 Cranes continue to fly over Harbor East, which sits between the Waterfront District and Fells Point, as this “new downtown” continues to rise from the grounds of a decaying warehouse district. Apartment and condominium complexes, office towers, hotels, and retail span this new district that has brought a new energy and fervor to the eastern Central Business District. Legg Mason moved its headquarters to Harbor East and is a notable anchor for the district. 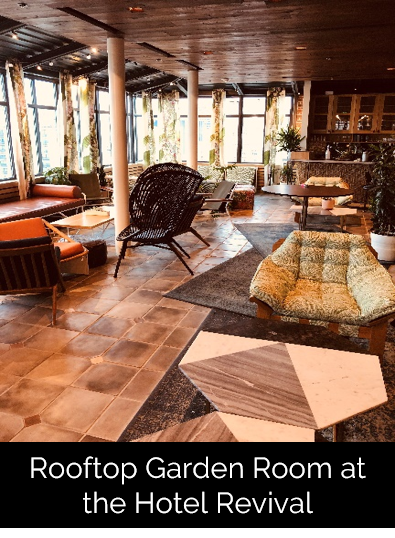 The NFL Ravens and MLB Orioles stadiums greet visitors as they enter downtown from the south, just north of which lies the Baltimore Convention Center. The Center encompasses over 1.2 million square feet of net rentable space and continues to be a popular destination for meetings and conventions. The City continues to study the potential expansion of the Center and the addition of an additional headquarters hotel. The National Aquarium, the USS Constellation, and the MECU Pavilion are also popular spots, among countless other restaurants, shops, and museums.

HVS continues to regularly consult in this city, with nearby offices in both Washington, D.C., led by Chelsey Leffet, and Wilmington, DE/Philadelphia, PA, led by Jerod Byrd, MAI. Both Chelsey and Jerod are ready to assist you on any consulting need you may have. Drew Noecker with HVS Brokerage can also discuss any Baltimore asset you may be considering selling in 2019.

Baltimore has come a long way over the last 20 years, developing a tourism infrastructure and experience for leisure and convention visitors that is impressive. %%ViewCount%% Views Comments
Share:
Subscribe To Newsletter