Do You Have An Ethics Policy? Now More Than Ever, “Good Ethics is Good Business”

In my 30-plus years in this industry, I’ve occasionally seen the issue of unethical behavior rear its ugly head. In the management-company world, the unethical behavior I’ve most frequently seen is like a form of bait and switch. 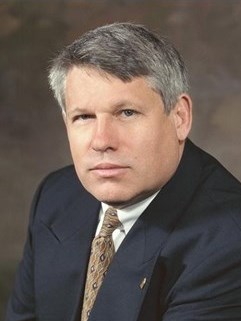 In my 30-plus years in this industry, I've occasionally seen the issue of unethical behavior rear its ugly head.

In the management-company world, the unethical behavior I've most frequently seen is like a form of bait and switch, where the management company says to the asset manager of the foreclosing financial institution, "Let us manage your hotel because we’re very likely to buy it eventually."

I've yet to see any of these "bait-and-switch" management companies buy a hotel in such circumstances. Ethical management firms work hard to present a good proposal - and then can lose a contract when the lender believes the unethical bait-and-switcher's pitch.

Here's another example: Not long ago I was at a major metropolitan airport and saw the C.E.O. of a small publicly traded company being picked up by a limousine, apparently to be taken home. I've seen the man on TV and in the papers, along with the news that his company has lost virtually all of its contracts, its employees who haven't been laid off face that scary prospect. If it's to survive, this man's company needs more money from lenders or the markets.

Was it ethical for this C.E.O. to be squandering precious dollars on a limo? Couldn't that money have been used for one more direct-mail piece—or better yet, to keep one employee working another day or so? I wish I could have taken some action against this C.E.O.

That's admittedly an extreme example (albeit one that bothers me a lot). There are other, more practical reasons to focus on making sure your company is an ethical one. Here's my take on them.

If dishonesty, for instance, is part of a corporate culture, it breeds a mindset that eventually will consume the company—you need look no further than the shameful Enron case to see how true this is. Employees will think it's acceptable behavior and, in one way or other, could start stealing from the company—and investing a lot of time keeping track of and covering up their transgressions. Also, ethical employees who become aware of the situation may well leave to find a more comfortable work environment—or, to refer to Enron again, become whistle-blowers—thereby compounding the company's losses and hastening its demise.

Sometimes an unethical company (hotel) culture is spawned by something as seemingly simple as permitting unlicensed software to be used on a few of the company's personal computers. Management has just signaled that cheating is OK. It may be easy to rationalize but is it right?

A few years ago, one of the trade magazines published an excellent article that focused on ethics, the author making the excellent point that "good ethics is good business." He went on to specify ways by which leaders can minimize the extent to which unethical behavior occurs within the company:

Our company has had an ethics policy for a long time. Let me share it with you as it appears in our employee handbook.

It is our company's policy to manage its own business and those of its clients in an ethical manner. The following 'Ethics Check' questions may be helpful when you are faced with making a decision:

Our ethics policy is based on suggestions found in one of my favorite business books, The Power of Ethical Management by Kenneth Blanchard (co-author of The One Minute Manager) and on the writings of Norman Vincent Peale, author of The Power of Positive Thinking. These are not new ideas, but like all great ideas they're timeless and always appropriate.

We encourage each of our general managers to buy The Power of Ethical Management and The One Minute Manager for his or her property, and we encourage them to share these books and Peale's ideas with supervisors and key staff. I encourage you to do the same—it's a good way to help you and your people remember the old saying, "There is no right way to do the wrong thing."

Kirby D. Payne, CHA, is president of Tiverton, RI-based HVS/American Hospitality Management Company, a full-service hotel-management company which also has offices in South Florida. The company has operated hotels throughout the United States and served a multiplicity of clients, including lenders, airport authorities, law firms and individual investors. Payne, a 30-plus-year hotel-industry veteran, served as the 2002 Chair of the American Hotel & Lodging Association (AH&LA), is a former director of the National Restaurant Association, and currently serves as a commissioner on the Certification Commission of the AH&LA’s Educational Foundation. For more information, visit www.HVSHotelManagement.com.

Kirby D. Payne, CHA, President of HVS Hotel Management and HVS Asset Management - Newport, has over 40 years of hotel operations, consulting, and development experience. He was the 2002 Chair of the American Hotel & Lodging Association (AH&LA) and a former Director of the National Restaurant Association. He is a frequent speaker and author. His hotel experience began as a four-year-old living in a hotel on the Amazon River in Brazil, which was managed by his father for InterContinental Hotels. He never lived in a house until he was 13. Payne previously served on the Certification Commission of the AH&LA's Educational Institute. HVS Hotel Management has operated hotels throughout the United States and has served a multiplicity of clients, including lenders, airports and other government entities, and individual investors. HVS Asset Management - Newport oversees upscale and luxury hotels on behalf of clients who use branded management and major independent management companies. Both companies undertake various consulting assignments including, but not limited to, development consulting, brand and management company selections and contract negotiations, Hotel Performance Analysis and litigation support (expert witness). Mr. Payne is frequently appointed as a Receiver for hotels and resorts. Contact Kirby at +1 (401) 625-5016 or [email protected].

In my 30-plus years in this industry, I’ve occasionally seen the issue of unethical behavior rear its ugly head. In the management-company world, the unethical behavior I’ve most frequently seen is like a form of bait and switch. %%ViewCount%% Views Comments
Share:
Subscribe To Newsletter