Is the German Hotel Market Poised to Be One of the Fastest in Europe to Recover from COVID-19?

COVID-19 has held the world hostage. Life and work as we know it came to a standstill in the first quarter of 2020. The hospitality industry is amongst the hardest hit. This article looks beyond the current status quo as to the reasons why we consider that the German hotel market is in pole position in the race for recovery in Europe. 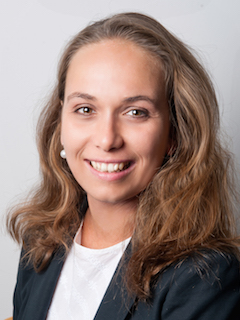 A Short Outline of the Pandemic Response in Germany (Deutsch)

The 2019-20 coronavirus pandemic was confirmed to have reached Germany on 27 January 2020, when the first COVID-19 case brought in by a Chinese visitor at Webasto was confirmed and contained near Munich, Bavaria. The majority of cases in January and early February originated from the headquarters of a car parts manufacturer there. On 25 and 26 February, multiple cases related to the Italian outbreak were detected in Baden-Württemberg. A large cluster linked to a Carnival event was formed in Heinsberg, North Rhine-Westphalia, with the first death reported on 9 March 2020. As at 20 April 2020, according to Germany's Robert Koch Institute, the country had 127,584 confirmed cases and reported 3,254 deaths.

On 9 March, the German government called for bans on large-scale events; the decision ultimately lay with the local authorities. On 13 March, all schools and nurseries were closed. On 16 March, the German government banned gatherings in churches, mosques and synagogues and ordered non-essential shops and all playgrounds shut. Hotels were only to be used for essential purposes and explicitly not for tourist purposes; holiday travel was strictly forbidden, either domestically or internationally.

On 22 March, the government announced a national curfew authorising individuals to leave their houses for certain activities – such as commuting to work, engaging in sports, purchasing groceries or visiting pharmacies – accompanied only by people from within the same household. Restaurants and services like hairdressers were to be closed. Individual states and districts were allowed to impose stricter measures than these.

As of this week, Germany is carefully starting to ease some of the self-imposed restrictions. Shops smaller than 800 m², barbers and hairdressers start serving clients again. Some schools will reopen for exam classes from 4 May. It is largely trial and error and the effects will be noticeable in three weeks’ time. Hopefully, this is the beginning of a carefully managed return to public life. All eyes will be on Germany and those other countries that are testing the water. It might still be a while before travel resumes, but here are the main reasons why we consider Germany will fare better than other European countries.

Reasons for Cautious Optimism in the German Hotel Industry

No-one knows the timeline as to when domestic and cross-border travel will resume and how exactly it will come back, but we know that it will. And once it does, we consider that the German hotel sector has a good chance to experience faster growth than some of its European counterparts for the following reasons.

Germany is well equipped with intensive care beds and in fact shows the highest rate per 100,000 people in a European comparison. In addition, 25,000 of the total 28,000 ICU beds currently have ventilators, with more on order. Even though the easing of restriction needs to be very carefully managed to avoid a second wave of infections, the health care system is geared to support those measures.

German leisure demand amounted to 70.1 million holidays (defined as at least a five-day stay) in 2018, of which 27% occurred within the country. Hence, 18.9 million domestic trips/holidays took place, illustrating the sizable share of domestic leisure demand. Furthermore, we expect that a significant portion of the international holiday trips from Germans will be diverted to domestic destinations as long as national borders remain closed. Drive-to destinations such as Austria might be opening up earlier as there are talks about a bilateral agreement. The most popular destinations for domestic holidays are generally Meckl. – Western Pomerania (Baltic Sea), Schleswig-Holstein North Sea and Baltic Sea, Bavaria (Alps, Bavarian Forest), Baden-Wuerttemberg (Black Forest) and Lower Saxony (Harz, North Sea). This statistic does not include shorter weekend breaks that also drive significant hotel demand in the cities as well as suburban destinations. In particular, we expect weekend breaks in suburban destinations to gain more popularity once travellers develop the confidence to start travelling again and hotels have regained their trust by implementing new cleaning regimes and ways to address social distancing throughout their operations.

According to the WTTC, total domestic travel spending in Germany amounted to €306 billion in 2018, illustrating the strong demand base from German corporate and leisure travellers. Once restrictions start to be lifted, we expect a more gradual return of this demand as well as more careful spending. Nonetheless, this will fuel the German hotel industry at a critical time and provide the backbone of any recovery. Compared to other European countries, Germany’s hotels have a more optimistic outlook.

International inbound travel is of course crucial for the German hotel sector, as is the reliance of many German cities on the return of trade fairs and conventions, which are expected to be materially impacted well into the second half of 2020 and beyond. It has already been announced that large gatherings will not be allowed before 31 August, at the earliest. Most of the conventions and trade fairs in Q3 and Q4 of this year are therefore unlikely to happen in their known format and with fewer participants, adversely affecting the hotel industry overall. Cultural and other social events such as the Munich Oktoberfest have already been cancelled.

There is also significant new hotel supply in the pipeline for Germany (according to the AM:PM database, an increase of about 5% in hotel supply (+15% in hotel rooms)) over the next three years. However, how many of those hotel projects will ultimately be realised is questionable. There is also the issue of closed down hotels not reopening or converting to other uses (such as residential, student housing and so forth) which will help to keep the hotel pipeline smaller than expected pre-COVID-19.

We are not implying that the hotel industry in Germany has not been hit as hard as other European countries at this point. However, we consider that the strong domestic demand will fuel growth once the German government opens up more commercial activities in the country. The fundamentals of Germany are strong, and the hotel sector will benefit from them faster than in other European markets.

Arlett Hoff is a Director with HVS’s London office, specialising in hotel valuation and consultancy. Arlett joined HVS in 2006 after experience in the hotel investment industry as well as operational hotel experience. Her consultancy experience includes valuations, feasibility studies, concept recommendations, highest and best use analyses, and strategic positioning. Arlett is a member and registered valuer with the Royal Institution of Chartered Surveyors (‘RICS’). Contact: [email protected] or +44 (207) 878-7753 (Work)

COVID-19 has held the world hostage. Life and work as we know it came to a standstill in the first quarter of 2020. The hospitality industry is amongst the hardest hit. This article looks beyond the current status quo as to the reasons why we consider that the German hotel market is in pole position in the race for recovery in Europe. %%ViewCount%% Views Comments
Share:
Subscribe To Newsletter