Navy Pier Closure: A Cause for Concern?

The announced closure of Navy Pier after this upcoming Labor Day sparked concern over the future of Chicago’s tourism industry. Using data on visitation trends to Navy Pier, HVS CSE shows a quantified effect of a temporary closure on Navy Pier visitation. 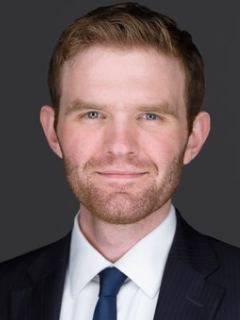 On August 18th, Navy Pier Inc. (“NPI”) announced a temporary closure beginning September 8th—immediately following Labor Day weekend. Operations are intended to resume sometime in spring 2021. Suspending operations at Navy Pier not only stops visitation, but also the operation of the 70 businesses operating on the pier. Given Navy Pier’s cultural significance to the City of Chicago, such a closure is bound to draw questions about the future of all tourism amenities in the Windy City. HVS seeks to provide a quantified explanation of the effect of such a closure and what this may mean for tourist attractions in the near-term.

NPI has operated as a non-profit entity separate from the Metropolitan Pier and Exposition Authority since 2011.[1] Navy Pier benefits the City of Chicago and State of Illinois by generating tourism visitation and providing a recreational outlet for city residents. Beyond retail, Navy Pier provides dining and entertainment options ranging from boat tours to museums to the Chicago Shakespeare Theater. Per NPI, “guests spend nearly $200 million annually at Navy Pier and spend an additional $150+ million in the immediate vicinity of Navy Pier. Guest spending on-site generated $7.3M in combined State taxes…and off-site generated $5.66M.”[2]

Like most midwestern cities, Chicago faces challenges due to weather patterns and seasonality of demand. With a relatively cool fall and spring, Chicago faces peak seasons for tourism in the summer and shoulder seasons in the spring and fall.

Navy Pier welcomes approximately 9 million guests a year—with a peak of 9.3 million guests in 2016.[3]  The following figure shows an estimate of the seasonality of demand at Navy Pier based on survey data of Navy Pier visitors. 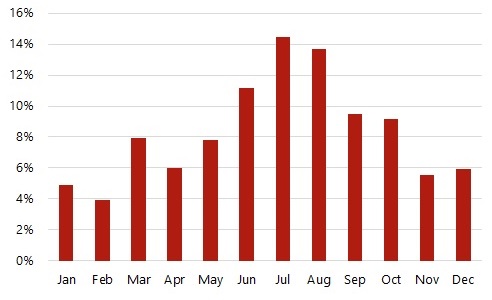 Source: Navy Pier Inc.
During the peak season, here defined as May through September, Navy Pier sees 57% of its visitation, meaning 43% of visitation occurs during the off-peak season.

Effect of a Temporary Closure

To estimate the effect of a temporary closure, HVS assumes the NPI projection of revenues in 2020 resulting in a deficit of $20M will occur.[5]  For 2021, HVS looked at historical financial statements and totaled revenue stemming from visitor activities—including Pier Park Amusements, Programming Events, Retail, Parking, Facility Rental, and Food & Beverage Revenue. The following chart shows guest activity revenue from 2014 to 2018. 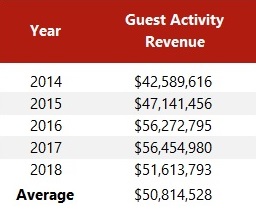 The temporary closure may not have a profound impact on Chicago’s lodging market. According to a 2010 study done by the Urban Land Institute, over 70% of visitation to Navy Pier came from residents of the City of Chicago and surrounding suburbs.[6]  With significant regional visitation, the closure of Navy Pier may not significantly dampen an already-struggling lodging market in Chicago—with running-28-day occupancy at 38.1%. There is a spot of hope, however, as guests may still be able to book a room at the near-complete 222-room Sable Hotel by Curio on the pier.[7]

What’s Next for the Windy City

The City of Chicago has various tourism amenities. The question for Chicago and its tourism managers are how its many outdoor amenities—the Bean, the Riverwalk, etc.—adapt to a colder climate and the effect weather patterns will have on visitation. As the weather turns, Chicago residents may find themselves lacking recreational options should further closures be announced. In the case of Navy Pier, the City of Chicago and its residents should hope for a speedy end to its temporary closure.

Joseph Hansel, MPP graduated from the University of Michigan and the Harris School of Public Policy at the University of Chicago. He is a Research Analyst for HVS Convention, Sports, & Entertainment Facilities Consulting and he serves as project manager for the Annual Lodging Tax study. Contact Joseph at [email protected]