The 2019 Western Canadian Lodging Conference (WCLC) that was held on November 25 and 26, 2019 in Vancouver. Caution was the dominant sentiment expressed at the event as the industry expects a slowdown in the near term. 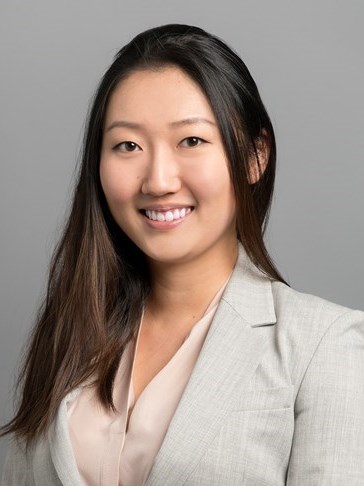 HVS was the Platinum Sponsor for the 2019 Western Canadian Lodging Conference (WCLC) that was held in Vancouver on November 25 and 26, 2019. The event welcomed more than 400 delegates, the highest attendance in the history of the conference. The main takeaways from the conference are briefly summarized in this article.

Caution was the dominant sentiment expressed at WCLC 2019, primarily because of challenges specific to the provinces of Alberta and Saskatchewan. While the Canadian lodging sector is currently achieving peak performance levels, hoteliers in Western Canada are expecting a slowdown in growth over the next few years. On a macro-economic level, uncertainties in international trade triggered by the increasingly protectionist climate in the United States and the escalating tension with China are expected to negatively affect lodging demand in the years to come. In addition, the lodging industry is dealing with the threat from short-term rental companies such as Airbnb, the persistence of weak demand in resource markets, and labour shortages. Nevertheless, industry professionals are responding to these challenges by adopting new technology, adapting brand concepts, and evolving alternative forms of lodging.

The Canadian lodging market is expected to register flat RevPAR growth in 2019, which, considering the robust growth of 5.3% that was attained in 2018, is a sign of healthy fundamentals. Nonetheless, regional disparity in hotel performance persists across Western Canada. Some regions, such as the Lower Mainland, are seeing growth in performance indicators, whereas others, notably resource markets, continue to struggle. Developer interest remains high in select markets, particularly the tourism-centric Thompson-Okanagan and LNG-driven Northern BC; several new hotels are under construction in these areas. Interest also remains high for developments in the Lower Mainland and Victoria; however, the lack of available sites is a significant challenge for developers in these markets. In Alberta, several new hotels are still being completed, but the number of hotel development projects in the pipeline is diminishing; this respite will hopefully give the province time to absorb the substantial amount of new hotel supply that has opened in recent years despite the drop in demand brought on by the recession.

In the resource markets that have been struggling since the oil and gas downturn in 2014, lenders have been patiently working with hotel owners through these trying times by offering to accept interest-only payments or even no payments. Given that a complete turnaround of these markets is still nowhere in sight, lenders are becoming less patient and more likely to put struggling assets on the market. Nevertheless, some hotel owners familiar with the boom-bust cycles of the resource sector remain interested in these markets in hope of generating a higher return through long holding periods. Overall, the market has been seeing fewer acquisitions and more property renovations. Given the elevated risks, hotel owners are more in favour of enhancing their existing properties than acquiring new assets.

Hotel development costs have been on the rise in recent years. For desirable markets in BC, such as the Lower Mainland and the Thompson-Okanagan, the high cost of land has contributed to the increase in development costs. Despite the slowing domestic economy, employment levels remain high across Western Canada; high labour costs and tight labour markets have extended the construction timeline, thereby increasing overall development costs.

Many hotel developers have turned to modular construction for product consistency and to shorten the overall development timeline, especially for developments in locations with a cold climate that reduces the length of the construction season. There are risks specific to modular developments, including potential complications in construction contracts, more difficulty in implementing brand-mandated changes to hotel configuration, and higher costs associated with installation and importing components from overseas. Large hotel brands, including Marriott, have begun actively encouraging modular builds, and lenders are becoming savvier in issuing loans for modular projects. As such, the Canadian market is likely going to see an increase in modular developments. The cost of modular construction should also decrease in the near term as more local options become available.

Other recommended development-cost control methods include more-accurate budgeting, early engagement with construction firms for better recommendations on materials and construction timing, and frequent conversations with all parties involved in the project to reduce the number of adjustments as the project moves forward.

Developer interest in mixed-use projects on the rise

New technology disruptors are now entering the Canadian lodging market. Sonder and Cozystay offer products aimed at creating a more streamlined user experience through technology and reduced face-to-face customer touchpoints, allowing operators to reduce labour costs and freeing them to invest more into value-creating services and amenities. Both companies will abide by hotel taxation and zoning regulations and contribute to destination marketing, but will typically have operations at a smaller scale, occupying only a few rooms to a few floors through purchasing strata units or signing lease agreements in rental buildings. Because of their business models, these products should allow new participants to enter into markets with high barriers to entry, as the guestrooms will often be in existing properties.

Short-term rental companies such as Airbnb have been gaining market share in all of Canada’s key lodging markets, and the lack of regulation and comparable taxation have been points of contention for many in the hotel sector. The Hotel Association of Canada (HAC) continued to actively lobby for a fair playing field in 2019, and new controls, such as accommodation taxes, zoning requirements, and licensing for Airbnb rentals, have been implemented in several markets across Canada. In addition, HAC has been actively lobbying to secure federal funding for the lodging sector, implement new destination employment initiatives for the sector, and introduce programs to prevent human trafficking in Canadian hotels.

A growing appetite for unique experiences across price ranges

Hotel patrons are showing a growing appetite for unique and elevated lodging experiences, and alternatives to traditionally branded hotels have been rising in prominence. Soft brands, which in the past existed mostly in the upscale and luxury tiers, have gained a presence in lower-tier segments (economy through upper-midscale) in Canada in the past year. The Ascend Collection by Choice and The Trademark Collection by Wyndham have developments in the pipeline in several Western Canadian markets, including Edmonton, Kamloops, and Whitehorse.

Motels, which have long been known as economical accommodations for budget-conscious travellers, are becoming increasingly focussed on offering curated “instagramable” environments and experiences at a discount. Most motels are independently owned and operated, so there is the potential to create a unique identity and a distinct character. Alternative lodging options, such as technological-hybrid companies like Sonder, are also expected to provide unique experiences for guests at a range of price points.

The cautious sentiments expressed during the conference indicate that most participants are expecting a slowdown in the near term. Challenging market conditions for Western Canada’s key resources and the higher level of tension between Canada and its key trading partners are expected to lead to stagnant demand growth in some markets. These circumstances warrant prudent decision-making for all active players in the Canadian lodging market. Nevertheless, many conference participants were positive about the long-term prospects for the industry, especially since the markets that are currently hindered by the lagging performance of the energy sector are expected to eventually progress through the boom-bust cycle. Moreover, the increased diversification of lodging products is expected to provide more unique experiences to attract demand. Mixed-use developments and disruptors such as Sonder should allow for easier entry into high-barrier markets, thereby benefitting the lodging sector as a whole.

Thanks to Shirin Ramchandani and Ziyan Zhao for their contributions to this article.

Shu Lin (Sharon) Liu is a Valuation & Consulting Associate from the HVS Vancouver office. Sharon is bilingual in Mandarin Chinese and English, and obtained her Bachelor of Science degree in International Hospitality Management from Ecole Hôtelière de Lausanne. Prior to joining HVS, Sharon has held various operational and managerial positions in hotels and hospitality-related sectors across Asia, Europe, and North America. Sharon works on various consulting and valuation assignments across Western Canada for existing and proposed hotels and resorts.For further information, please contact Sharon at [email protected]

The 2019 Western Canadian Lodging Conference (WCLC) that was held on November 25 and 26, 2019 in Vancouver. Caution was the dominant sentiment expressed at the event as the industry expects a slowdown in the near term. %%ViewCount%% Views 2 Comments
Share:
Subscribe To Newsletter