Cape Town has been slowly recovering after the announcement of the suspension of Day zero in 2018 and is expected to grow further in the upcoming years, the upcoming political election will cause unrest in the province due to uncertainties.

Cape Town is one of the most multicultural cities in the world, reflecting its role as a major destination for immigrants and expatriates to South Africa. As of 2018, the city had an estimated population of 4.5 million. The CTICC CEO Julie-May Ellingson has announced a R900m CTICC 2 development, this planned all glass sky bridge between the two parts of Cape Town International Convention Centre could become the mother city’s latest tourist attraction.

Source: Airports company South Africa 2018
The economy is sophisticated, relying on the tertiary sector, primarily the financial and insurance sectors, and tourism. Infrastructure is adequate with extensive roads networking the city and the electricity network reaches most areas in the city. However, Cape Town was suffering from a massive drought in 2018 that had an impact on daily activities and tourism. 2019 shows a positive outlook although the presidential elections bring uncertainty to the country.
Economic Indicators - South Africa

Economical Background
Since the appointment of the South Africa president Cyril Ramaphosa many changes have been made in the cabinet this included the appointment of minister of Finance Tito Mboweni who was sworn in after the resignation of the former minister of finance. With the upcoming election scheduled for May 2019 the outcome remains uncertain, but it is likely to have an impact on the South African economy.

South Africa has a better outlook than previously expected; 2018 GDP was 0.8 % which showed an improvement of 0.1% in 2018 compared to the 0.7% of 2017.  It is expected to grow further in the upcoming years. Unemployment fell by 1% towards the end of last year and is expected to further decrease as the political situation stabilizes. 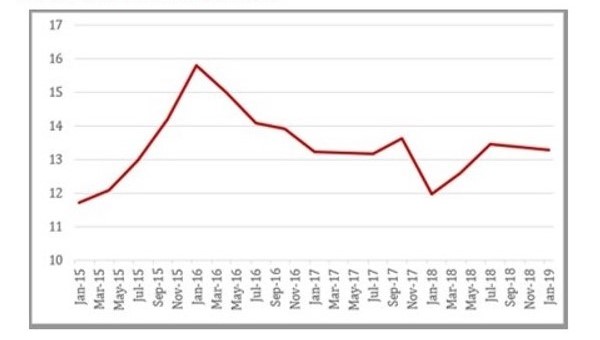 With the announcement of the suspension of ‘Day Zero’ by the City of Cape Town, Hotel performance is expected to pick up in 2019. The upcoming elections are likely to impact the Hotels’ performance as corporate and leisure activities will typically slow down during this period. However, the elections are expected to be peaceful. The decline RevPAR in 2018 is projected to rebound in 2019 and even exceed numbers from last year in 2020. 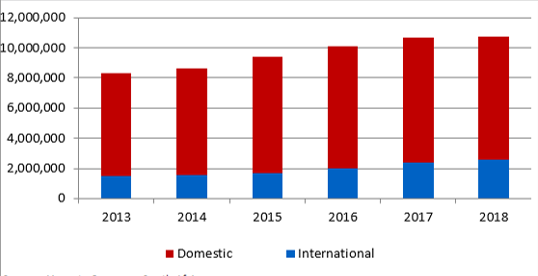 Despite the drought and drop in occupancy, Cape Town has shown strong resilience: Cape Town International Airport had a growth of almost 9.1% in international arrivals in 2018 compared to 2017.  The MICE events deferred in 2018 due to drought appear to be returning in 2019 as there are many of events scheduled throughout the city. 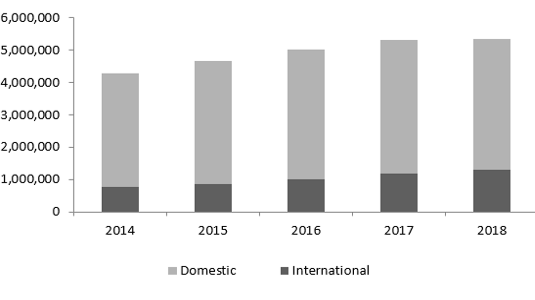 Developers will be investing R2bn in Cape Town adding over 500 rooms to the city's accommodation inventory all to be operated by Marriott. This includes the 189-room AC Hotel Cape Town Waterfront that was opened in 2018 and the 200-room Cape Town Marriott Hotel Foreshore. The Design Hotel Group has introduced the Gorgeous George hotel to Cape Town.  This 32-room hotel is created out of two restored heritage buildings and is scheduled for opening in April 2019. Brands not already represented in the city continue to search for properties and there is no evidence of a fall in demand for representation in Cape Town. There is limited supply coming to the market in the short term which will result in improvement in hotels’ performance in the market, hotel supply grew by 0.02% in 2018. In the past few years Cape Town saw a significant increase in supply this is expected to slow down a bit, but most brands are still looking at Cape Town as the “place to be “.
Hotel Pipeline 2019-2026

Cape Town’s hotel market is rather illiquid due to the lack of transactions in recent years. However, as the city develops, and the political and economic situation improves, investors are likely to show further interest in the Mother City.  The most recent transaction was the sale of the Communicare building opposite the CTICC for hotel development.

Cape Town has been slowly recovering after the announcement of the suspension of Day zero in 2018 and is expected to grow in the upcoming years. Water supply must be secured for an anticipated faster growth in foreign and domestic tourism. The upcoming political election will cause unrest in the province due to uncertainties, this uncertainty will cause a drop-in occupancy in most hotels which may also have a negative impact on RevPAR, but only in the short term. The Mother City benefits from a strong reputation worldwide and its many touristic attractions will continue to attract millions of tourists every year. Hotels have a huge potential growth coming in the next few years. The increasing interest from major international brands and their development pipeline Cape Town make us believe that the growing demand will support the increase in supply in the next few years.

Cape Town has been slowly recovering after the announcement of the suspension of Day zero in 2018 and is expected to grow further in the upcoming years, the upcoming political election will cause unrest in the province due to uncertainties. %%ViewCount%% Views Comments
Share:
Subscribe To Newsletter