Home of the Blues, Birthplace of Rock 'n Roll, Bluff City, and Grind City, Memphis is a city with many names, ingrained with history, art, music, and southern cuisine. A new record of over 12 million people visited the city in 2018 to experience the Memphis culture. 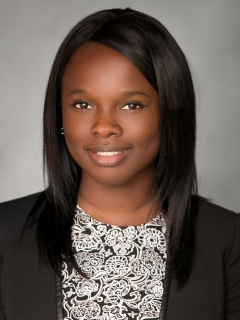 The Mississippi River, five Class-I railroads, a myriad of highways and interstates, and an international airport have molded Memphis into an important transportation hub and major logistics center. At the heart of its logistics prominence and rank as the world’s second-busiest cargo airport is the FedEx Express World Hub operations. With so much to offer in the manufacturing, healthcare, finance, and high-tech industries and sectors, many companies have chosen Memphis as their base of business. Methodist Le Bonheur Healthcare, St. Jude Children’s Research Hospital, Baptist Memorial Healthcare, DuPont, Cargill, International Paper, AutoZone, and ServiceMaster are among the economic anchors in the market area.

For many years, deteriorating, neglected, and vacant properties littered the city after an exodus of residents to the suburbs, leaving Memphis desolate with deserted storefronts along abandoned streets. Many buildings were demolished and converted into parking lots. However, in recent years, the city has been bustling with development and revitalization in the South Main, Pinch, Uptown, and Medical Districts. Major restoration and redevelopment projects include the Crosstown Concourse, Beal Street Landing on the riverfront, Overton Square, and Downtown Trolley System, to name a few. The restoration and adaptive reuse of structures, such as the re-purposing of the Pyramid sports and entertainment arena into a retail and hotel development; conversions of blighted and neglected buildings, such as the Tennessee Brewery, Chisa Hotel, and Toof building into apartment buildings; and the redevelopment of the Hickman building into The Commonwealth, a commercial and residential development in 2018, are a some of the efforts being made to rejuvenate the city. 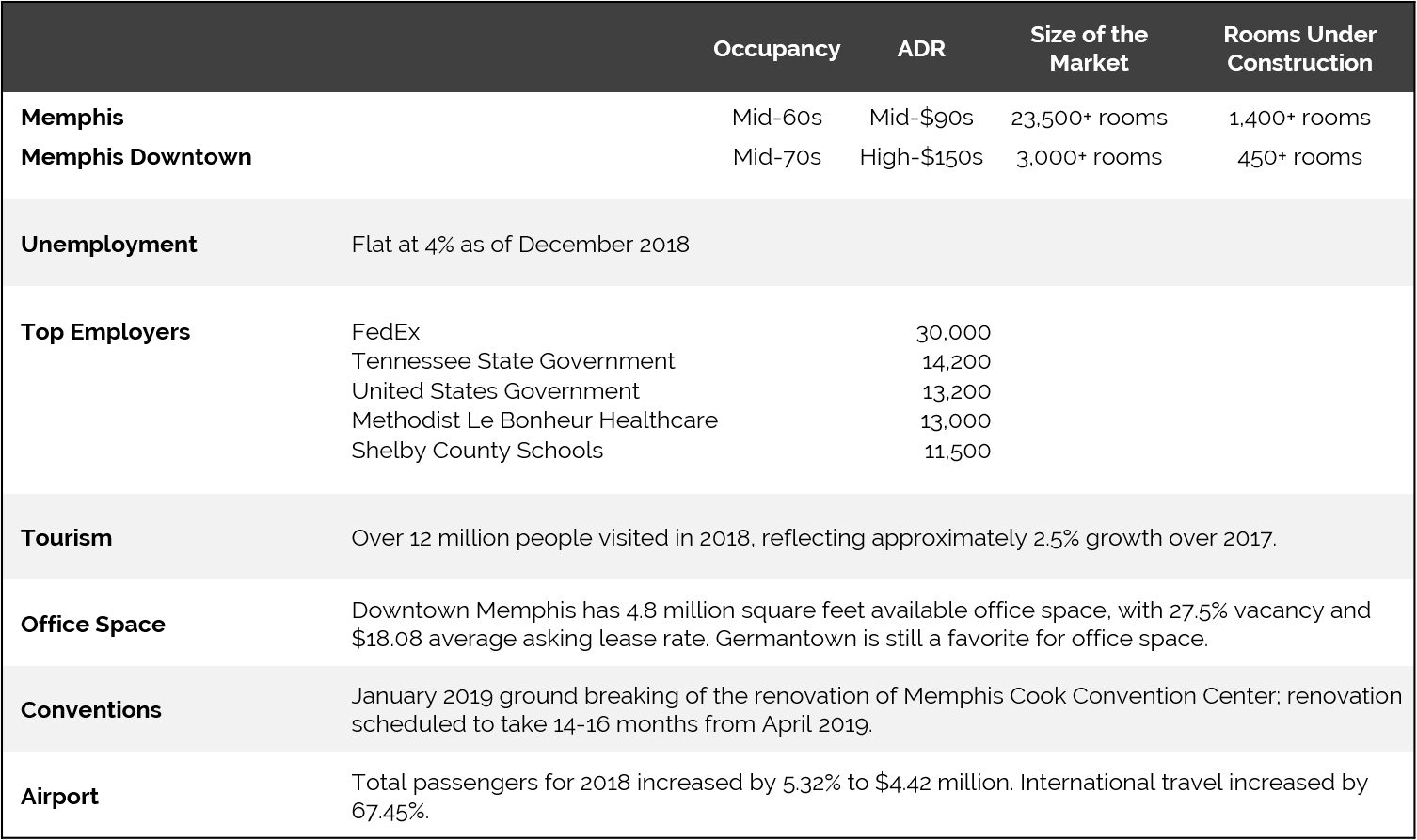 In Downtown Memphis, from Front Street through Beale Street to G.E. Patterson, there are ongoing renovations and rehabilitations of hotels, as well as restorations and adaptive reuses of existing structures into new lodging facilities. The former Econo Lodge along North B.B. King Boulevard recently underwent renovation and reopened as the Hotel Indigo in December 2018; the adaptive reuse of a former Greyhound bus station on Union Street into a Hilton Garden Inn hotel was completed in January 2019; and the Madison hotel was rebranded as the Hu Hotel in January 2019.

There are other developments to look forward to in 2019. The former Sleep Inn along North Front Street is being renovated and rebranded as the Moxy. The adaptive reuse of the Memphis Central Station tower as a hotel affiliated with the Curio Collection by Hilton is part of a larger, $55-million development that will transform the seven-acre train station into a mixed-use development, offering 200+ apartments, the Malco Theatre, and a renovated Amtrak station. A 1916-built warehouse in the South Main Street Arts District is being redeveloped into the Arrive hotel, and the 1911-built Tenoke Building along Jefferson Boulevard is being redeveloped into the Aloft hotel.

Other new developments include a Hyatt Centric at the revived One Beale Street, which resumed planning in 2014 after a hiatus during the Great Recession. Plans call for a $225-million redevelopment of the foot of Beale Street, featuring the hotel, restaurants, 280 apartments, and up to 420,000 square feet of office space across two towers. A 200-room hotel is also planned for the Union Row development south of Downtown Memphis. The phased project could carry a total budget of up to $950 million, with the first phase set to cost $510 million and featuring the proposed hotel, nearly 800 apartments, 110,000 square feet of retail space, and 350,000 square feet of office space. In December 2018, the Center City Revenue Finance Corp. (CCRFC) approved a tax increment financing (TIF) district that would last 30 years and contribute up to $100 million to the project.

Memphis broke ground on the long awaited and much-anticipated renovation of the Memphis Cook Convention Center Convention in January 2019. With a budget of $175 million, the renovation completion date has been set for the fall of 2020. In addition to the convention center renovation, the proposed $200-million redevelopment of the vacant 100 North Main high-rise includes a planned 550-room, 26-story Loews convention headquarters hotel, which is expected to bolster convention and meeting demand.

Corporate relocations should provide an additional boost to Downtown Memphis’s hospitality sector. Service Masters relocated its headquarters to the Peabody Place building in 2018, and Mimeo and FedEx Logistics plan on moving their headquarters in the near term. With many more commercial, residential, and hotel redevelopment projects still in the pipeline, Memphis should solidify itself as a tourism and business center of the Mid-South with a dynamic hotel market.

Bunmi Adeboye, a Director with HVS Houston, conducts appraisals and feasibility studies for hotels throughout Texas and the Gulf Coast region. Bunmi formerly worked in accounting and guest service roles at the Sheraton Dallas North hotel and as a Revenue Specialist for Hilton Worldwide, analyzing the performance of Hilton-branded properties and implementing strategies to increase room nights and revenue. Bunmi earned a master’s degree in Hospitality Management, specializing in Finance, from the University of Houston’s Conrad N. Hilton College of Hotel and Restaurant Management. Contact Bunmi at +1 (504) 250-0891 or [email protected].

Home of the Blues, Birthplace of Rock 'n Roll, Bluff City, and Grind City, Memphis is a city with many names, ingrained with history, art, music, and southern cuisine. A new record of over 12 million people visited the city in 2018 to experience the Memphis culture. %%ViewCount%% Views Comments
Share:
Subscribe To Newsletter