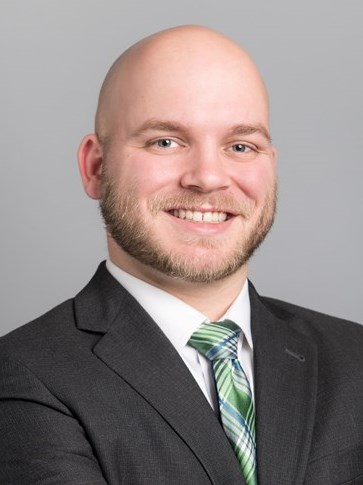 Following several years of strong RevPAR growth leading up to Super Bowl XLIX in 2015, growth in the Phoenix market has slowed somewhat. ADR growth was modest in 2016, as much of the market experienced a post-Super Bowl correction, but ADR rebounded in 2017. Occupancy growth has remained relatively modest since 2016, slowing even more in 2017 but remaining positive. Year-to-date data through May 2018 illustrate modest increases in both occupancy and ADR, resulting in moderate RevPAR gains.
Phoenix Market Performance

Source: STR
The introduction of new supply has contributed to slowing RevPAR growth over the past couple years. Supply growth reached a low point of -0.5% in 2014, followed by a year of no net growth in 2015. Although demand continued to increase in 2016 and 2017, new supply entering the market increased over the same period; thus, occupancy growth slowed as a result. Year-to-date data through May 2018 illustrate a rebound in demand growth; however, occupancy is expected to decline in the next couple years given the substantial amount of new supply in the pipeline.
Supply & Demand Chart

Greater Phoenix serves as a hub for aerospace, high-tech, bioscience, advanced business services, and sustainable technologies companies. Major companies such as Banner Health, Wells Fargo, and Intel maintain a strong presence in Phoenix, while multiple universities and hospitals further support the local economy. While lodging demand growth has slowed somewhat in recent years, economic fundamentals remain strong. Unemployment through December 2017 was down 0.2% from 2016.[1] According to research firm Woods & Poole, construction employment was up 2.5% in 2017; it is projected to continue to increase 2.4% per year through the end of the decade. Employment should continue to grow, with educational services registering the strongest compounded growth through 2020.[2] Furthermore, development and economic expansion continue. Below is a sample of major developments in different submarkets throughout Phoenix:

Furthermore, with more than 16 million annual visitors from throughout the U.S. and Canada attracted to the warm weather and sunshine in the Valley of the Sun, Phoenix is an important resort and regional meeting destination. While the Phoenix convention market did struggle somewhat at the beginning of the decade because of bad publicity surrounding the controversial S.B. 1070 immigration law, the market recovered toward the middle of the decade. Furthermore, major sporting events over the past few years, such as Super Bowl XLIX in 2015 and the NCAA Final Four in 2017, allowed the City to showcase itself to meeting planners. Representatives with Visit Phoenix indicated that the next few years are on pace, with 2021 anticipated to be an especially strong year. The outlook for convention business is overwhelmingly positive, largely attributed to the revitalization of the Downtown Phoenix submarket and strong pace indications.
Conventions

Source: Visit Phoenix
Phoenix’s abundance of resorts, eleven of which have undergone major renovations over the past few years, also allows it to host a variety of small and mid-sized groups. According to representatives from Visit Phoenix, in-house group business set a record in 2017, and most resorts are at or above pace through 2021. Therefore, expectations related to meeting and group demand remain favorable.

According to our research, approximately 31 hotels, encompassing roughly 4,750 rooms, have opened since the beginning of 2018 or are proposed for development in the greater Phoenix area. In addition, many other more-speculative hotel projects have been proposed. The highest level of new supply is concentrated in Scottsdale and Paradise Valley, followed by the East Valley (Tempe, Chandler, Gilbert, and Mesa), and then Phoenix-proper, with the West Valley pulling up the rear.
New Supply 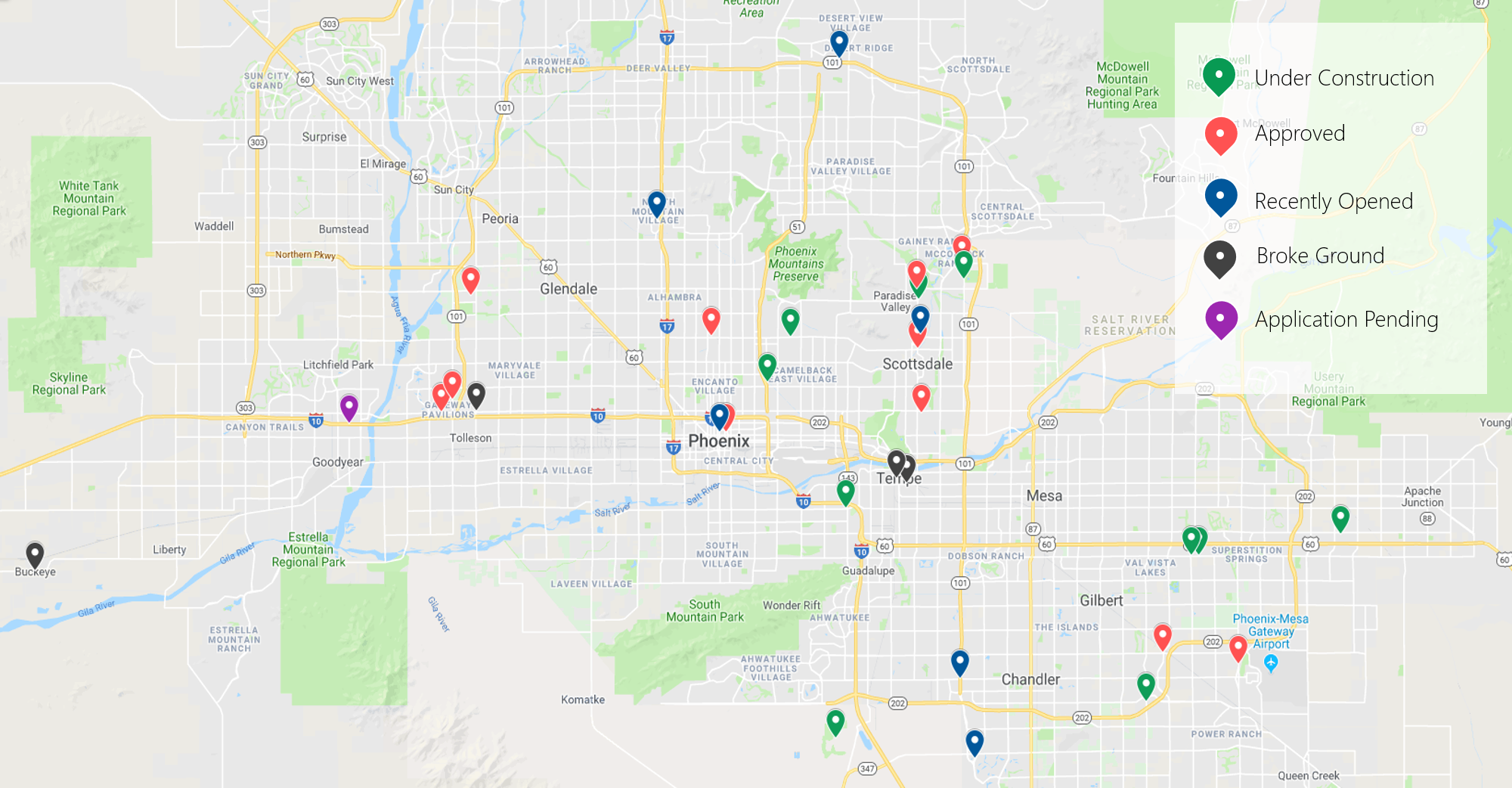 Source: HVS
Despite continued demand growth, the elevated level of new supply in the Phoenix market should cause occupancy to decline modestly by 2019. In addition, the introduction of upscale and upper-upscale product into submarkets that previously had little to none will likely erode some of the pricing power of lower-tier hotels currently in the market. Hotels in other areas are likely to limit ADR growth to bolster occupancy.
Phoenix Forecast

Greater Phoenix is experiencing a period of economic expansion, with revitalization and growth occurring throughout the region. While lodging demand growth has slowed over the past couple years, economic fundamentals remain positive, and demand growth should continue in the near term. However, high levels of new supply on the horizon will offset demand growth in 2019, prompting occupancy to decline and ADR growth to stagnate.